skip to main | skip to sidebar

Yes, I have been neglecting my blog for my other writing gig as the Atlanta GF Food Examiner over on Examiner.com. If you want to see what I am up to these days, please visit me over there!

I post on average 2-4 times a week on local gluten-free goings on and on national issues. I love writing there, but rarely have time to update my blog due to my volunteer activities as the Program Chair for the Atlanta Metro Celiacs and with my job as the GF Product Specialist at Return to Eden and my new job as Marketing/Sales Manager for Pure Knead.

Have a safe and gluten-free Thanksgiving!
Posted by Jennifer Gluten Free in Georgia at 5:24 PM 3 comments:

Well it is official, someone has been arrested in the U.S. for selling gluten-contaminated bread as gluten free. Paul Seelig, owner of the Great Specialty Products bread company in Durham, NC, has been arrested, his business closed, his website deleted and is facing felony charges for selling bread he claimed was gluten free to unsuspecting consumers, when in fact in contained high amounts (>5,000 ppm) of gluten.

What's even more incredible is that the North Carolina Department of Agriculture and Consumer Services brought the charges against Mr. Seelig. The state of North Carolina is prosecuting a business owner using the term gluten-free to define a bread product that contained high amounts of gluten, while the FDA has not taken the time to define the term gluten. They stopped the sale of the bread and protected those of us on the gluten-free diet from being poisoned by someone who was trying to make a quick buck on what has been coined as a 'fad diet' by the media.

This story has been blogged and talked about on the Internet for the last month, so it is interesting to see how people are reacting. This case is particularly frustrating because Mr. Seelig was repackaging gluten bread from Tribecca Oven Company and slapping on a gluten-free label. This 'guy' knew he was defrauding his customers, but with no restrictions on gluten-free product labeling from the FDA, probably figured he wouldn't get caught. Thank goodness the state of North Carolina has stood up for its resident in this precedent-setting case.

Because there is no definition of gluten in the U.S. there are also no guidelines or regulations, which means companies can make any claims they want about a products gluten content and do not have to back it up with testing results. For those of us on the gluten-free diet this is a real problem. It opens the door for fraudulent claims, such as this one, and leaves the Celiac/Gluten-Free Community unprotected.

With so many newly diagnosed people out there who mistakenly believe that seeing a product marked as gluten free means it is safe, this should be a wake up call. There are a number of companies out there who test their products for gluten and there are others who work with certification services, like GFCO and CSA who test their products for gluten and then there are the ones who have no idea if there products are cross contaminated during production, but will label them as gluten free because the ingredients don't contain gluten.

Because the costs of owning a manufacturing line are so high, many companies use shared lines where cross contamination is a possibility. Even if a manufacturing line is cleaned between products, there is a possibility of cross contamination, so the finished products need to be tested for gluten content. Companies should also be testing the raw materials being used to make the products to be sure that their rice flour or tapioca starch, etc. are not contaminated with gluten, which can absolutely happen.

Mr. Seelig is sitting in jail right now on $100,000 bond waiting for his hearing on the 24th. I for one am thrilled that no more of this gluten-containing bread is being sold and I hope that the FDA will take from this example the dire need to define the term gluten and set guidelines and regulations with enforceable consequences.
Posted by Jennifer Gluten Free in Georgia at 1:29 PM 5 comments:

Jennifer Gluten Free in Georgia
Norcross, Georgia, United States
My friends call me JGF for short. I am very active in my gluten free community and am considered a good source of information about local and nationwide gluten free products. I decided to create a blog due to requests from my friends, but more importantly, to share all of the information I put into a bi-monthly newsletter with the masses. 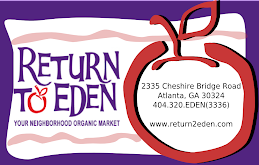